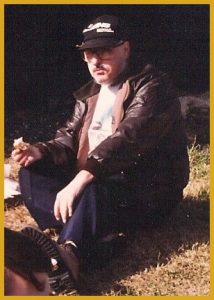 The story of John Henckel Emery is the story of the westward expansion of the United States, the impact of the freedom of knowledge, and the story of how the rewards of free enterprise can be used for the good of society. 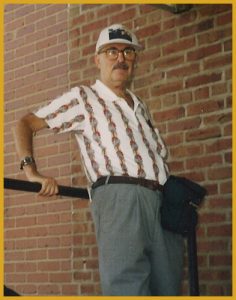 As a boy, John grew up in Chicago, but he spent many summer days in Miami County, Kansas, visiting his aunt in Paola, who lived just a few houses down from the Paola Free Library. There, John would browse for many hours and he never forgot this powerful experience.

John graduated from New Trier Township High School, in Winnetka, Illinois, and from the University of Michigan, in Ann Arbor, Michigan. He was a leader of the Drum and Bugle Corps and was interested in ham radio.

One of John’s greatest pleasures was travel. He was a world traveler, visiting over 125 nations. An avid train and railway buff, abroad and in the United States, John rode the rails as often as possible.

John Henckel Emery died peacefully on March 15, 2012 at the age of 75. His happy, successful life, and his philanthropic legacy has made a notable difference in the future of the Paola Free Library, the patriotic sense of his country’s youth, and the preservation of America’s railway history.

Questions? Send us an email and we'll get back to you, asap.